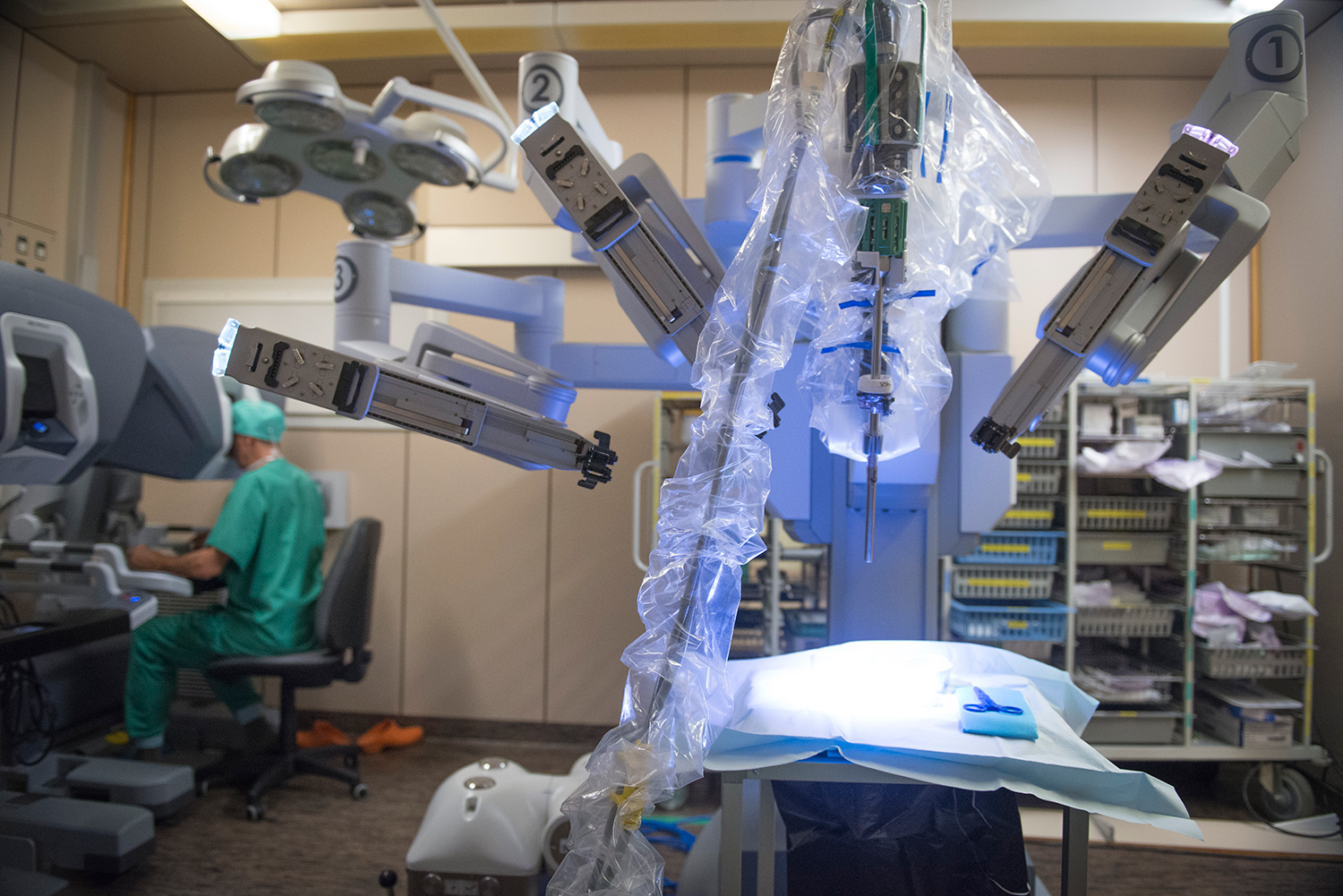 1988: Two French surgeons present a film in Paris showing the removal of a gallbladder with virtually no scarring.  There was total incomprehension among most university departments where it was a well-known fact that “major surgery leaves major scars.”  It was also a phenomenal success in women’s magazines in Paris, all of which will featured cover an article on no-scar surgery on their cover..

Pioneers will gradually take over this new technique, collaborating with companies to develop instruments and new surgical environments. Just under 25 years ago, a fantastic adventure started all over the world. Scientific studies gradually contributed a building block by showing that minimal invasive surgery drastically decreases ruptures, postoperative adhesions and wound infections. The decrease in postoperative pain due to muscle preservation was impressive. Foremost, this technique uses systematic magnification, allowing for a significant reduction in blood loss and a more precise dissection, often reducing mortality rates.

All of the above helps to diminish hospitalisation periods even for major surgery and sometimes allows for the operation to be carried out in a day hospital. This surgery will grow quickly and become popular – American surgeons stated it was the “Second French Revolution” !

However, this type of surgery is more difficult because of the reduced two-dimensional view (looking at the screens) and due to restricted motion of the wrist because of the trocars. Not a problem: Silicon Valley developed a surgical robot that solved the problem of the quadrature of the circle. We use a console recreating the third dimension (like at the cinema). We use all the mobility of the wrist by a complex miniaturised mechanism created at the end of each instrument. We can even operate at long distance (see the Lindbergh operation performed by Prof. Marescaux in New York on a sleeping patient in Strasbourg!). Even instruments that intersect, if we want to do everything via the same hole (often the belly button) are not a problem for the robot because the instrument will place the right instrument in the correct hand whether it is on the left or right-hand side.

Robotics and fully integrated operating rooms offer many opportunities still unknown. University professors were very wrong; it wasn’t just a concern over a scar, although to undergo a removal of the spleen and to not see a scar is still an amazing feat. Perhaps at present, a great surgeon leaves small scars! For our young patients minimal invasive approach must become our priority.

Want to learn more about robotic surgery? Join our doctors on April 18 during the Day of Innovation (only for professionals) or participate to our Kid’s Day on May 28 and train your skills on a real surgical robot.